Why Medicaid expansion failed in Tennessee 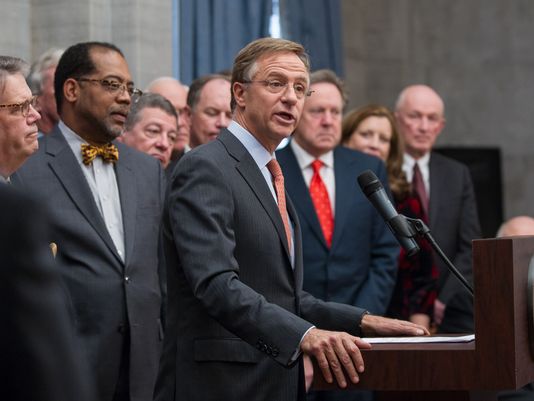 Governor Haslam’s market-based, state budget-neutral plan for Medicaid expansion would have brought billions of dollars into the state. Called “Insure Tennessee,” its implementation also would have meant coverage for up to 280,000 Tennesseans.

Last week, the Tennessee state legislature rejected Haslam’s plan. Before getting into why, it helps to start with some details of what the plan actually called for.

“Insure Tennessee” was to be for Tennesseans with incomes ranging between 100 and 138 percent of the poverty level. It had two components.

The Healthy Incentives Plan (“HIP”) was the second component. Tennesseans who didn’t have a coverage option through their job would have qualified for this. Similar to a private policy, the individual would have had to pay monthly premiums and “out-of-pocket” expenses. If the individual didn’t pay her premiums, she would have lost her coverage. Furthermore, the HIP was to have built-in incentives to encourage enrollees to be smarter healthcare consumers — just like most private plans. How so? Enrollees would have been eligible for incentive dollars to help pay premiums and “out-of-pocket” expenses as a reward for being a smarter healthcare consumer.

How it was to be paid for

Governor Haslam and his team exhibited an enormous amount of proactivity in putting together “Insure Tennessee.” They looked at the dynamics of what was possible with Medicaid expansion and put together a market-based program that would bring billions of dollars into the state, cover hundreds of thousands of people, all while being budget-neutral. Our state legislature rejected the plan, citing issues such as concern about how much “Insure Tennessee” would add to the federal debt.

Others might argue that our state representatives should not be expending energy worrying about the federal debt in the first place. After all, it is merely within their “Circle of Concern.” It is our federal representatives who should be working on the federal debt, and doing things like converting Medicaid to a more fiscally responsible and arguably more effective “block grant” program.

As voters and healthcare consumers, how one sees this may boil down to how passionate they feel about the national debt versus the prospect of billions of dollars coming into Tennessee and hundreds of thousands of Tennesseans having health coverage.

This column originally appeared in the February 10th edition of The Tennessean.