A health insurance guide for Nashvillians 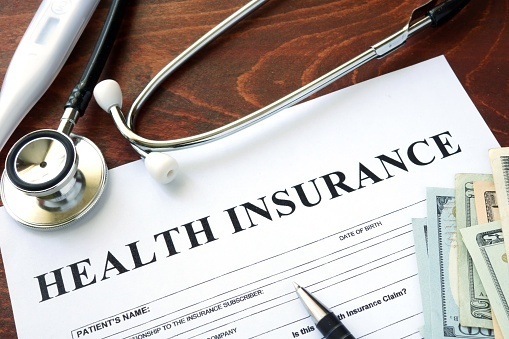 This has been a rough year for the Affordable Care Act exchanges. Meant as a marketplace for individual consumers to compare and shop for coverage, many carriers have dropped out as enrollees have been sicker and more expensive to cover than insurers expected.

BlueCross BlueShield of Tennessee made waves in the local market when it announced it would not be selling 2017 individual plans, on or off the exchange, in Nashville, Memphis or Knoxville.

So what options remain? There are several, but they are not all created equal. Some carriers have made it easier than others to sign up. Some have made it pretty challenging — so challenging, in fact, one might infer they don’t want individual consumers to sign up at all.

Here’s how the remaining carriers are navigating the rocky waters of 2017 enrollment, in order of most difficult to enroll to least difficult.

It is not easy to sign up with Aetna. First, their plans are not available on the exchanges. Consumers have to buy directly from Aetna, which also means there are no subsidies available. They are not quoting plans — instead, consumers have to use a rate book, available online, to find out how much their coverage will cost.

Additionally, the only way to enroll in individual coverage with Aetna is to download, print and mail in a paper application.

Aetna is also not paying broker commissions for enrolling individuals, but they aren’t alone in this regard. Carriers typically pay insurance brokers a commission fee to sign consumers up, but this year, most carriers have decided to cease commissions for individual enrollees entirely. This is a disincentive for brokers to work with individuals, which means there are fewer experts available to help families sign up for non-group coverage.

Humana is offering plans on the exchange, and consumers will be able to sign up online as well as get subsidies, if their household is eligible.

But Humana is also not paying broker commissions, and only has TriStar hospitals in-network. When BlueCross pulled out of the Nashville individual market, this left Saint Thomas Health, with which it had an exclusive agreement, out-of-network with every exchange plan. Cigna ultimately negotiated inclusion with Saint Thomas — see below — but Humana did not.

As mentioned, Cigna has Saint Thomas and TriStar facilities in-network. The insurer is also offering plans on the exchange, with subsidies and online quoting and enrollment. Its efforts to get St. Thomas in-network indicate a greater desire to win market share this year. That said, as with the other carriers, Cigna is also not paying broker commissions.

Columbia, Tenn.-based Farm Bureau does not offer plans on the exchange, but should not be overlooked this year. The insurer offers both ACA-compliant and non-compliant plans. Neither are eligible for subsidies, but consumers can get premium quotes and enroll online.

In fact, the only coverage option that is paying broker commissions this year is Medi-Share. Medi-Share is a healthcare sharing ministry, where members’ payments are matched with other members’ medical bills. Though it is not technically insurance, it does protect members from the individual mandate.

Prices are based on age and there is a deductible-like function that must be paid before a member’s bills can be shared with other members. Quoting and enrollment can be completed online. There are faith-based and lifestyle requirements, but this can be a good option for eligible consumers looking for an alternative to traditional insurance.

As you can see, Nashville consumers actually have an array of choices this year, despite BlueCross’ departure. Most consumers should be able to find a plan that meets their needs.

This article was originally published in The Tennessean.  If you enjoyed this post, you may like "Three things to know about BlueCross leaving the exchanges."

For coverage beginning January 1, sign up by December 19. The final deadline for 2017 health plans is Jan. 31.