With the individual mandate repealed, three things to expect 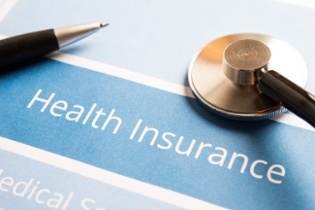 When is the repeal effective?

Republicans successfully repealed the Affordable Care Act’s individual mandate through their tax reform legislation, which has created many questions for consumers.

How will this decision affect insurance markets and consumers’ ability to get coverage? Without additional legislative action, there are three things we can expect.

With the individual mandate repealed, many healthy people will drop their coverage. This will likely lead insurers to expect to lose money, and they will either exit the individual market or raise premiums. As a result, there will be increased pressure on Congress to come up with a solution before consumers’ access to coverage is reduced.

Let’s go through each of these predictions, but first, a little more on repeal.

What does repealing the individual mandate mean?

The repeal eliminates the penalty for failing to carry health insurance, effective 2019. Under the ACA, consumers were penalized when they filed their taxes for the year they lacked coverage. But now, consumers who don’t have insurance in 2019 won’t face fines in 2020. Note that because this does not go into effect until 2019, a consumer who does not have coverage in 2018 will still be subject to the mandate penalty on the taxes they file for 2018 in 2019.

The individual mandate was easily the least popular part of Obamacare. Many consumers think people should have the choice to buy insurance, and should not be subject to a penalty for choosing not to purchase a health plan, especially as insurance costs rise.

However, the individual mandate did serve an important purpose. Because Obamacare also prohibited insurance plans from denying coverage to consumers with pre-existing conditions, the law needed a mechanism to ensure insurers weren’t covering only the sickest consumers.

By requiring all consumers to buy insurance, the individual mandate was supposed to balance out the sick and the healthy, and keep insurance prices lower.

Without the individual mandate, we can expect a few things to happen.

Because Farm Bureau is technically a rural health organization, the carrier sells non-ACA-compliant health plans for less than ACA insurance. However, the plans require consumers to be underwritten. This means Farm Bureau Health Plans can deny people with pre-existing conditions or charge them higher premiums.

As a result of healthy people leaving the market, insurance companies will likely expect to face losses unless they raise premiums. It’s probable that there will be more sick people left in the market than healthy people, which will drive insurers’ claims up.

Many carriers may ultimately decide not to sell plans in 2019, knowing the risk pool will be worse without the individual mandate.

Pressure to fix the market will increase

These market dynamics will put a lot of pressure on Congress to fix or repeal the ACA. Arguably, the law cannot work with a dismantled individual mandate, so legislators will have to come up with a solution before consumers are left with even less competition, or higher prices, in 2019.

One approach could be to implement a replacement policy for the individual mandate that would encourage healthy consumers to remain insured. Republicans proposed such a policy last year, called “continuous coverage.” Under this proposal, carriers were still prohibited from denying coverage or charging higher premiums to consumers with pre-existing conditions, but only if the consumer maintained "continuous coverage."

In other words, the responsibility is on the consumer to find a new plan after having a change in insurance status. If the consumer went uninsured, they could be surcharged for coverage.

Another approach would be to fully repeal and replace the ACA, and enact a different health policy, which could be the Republican priority in 2018.

This article was originally published in The Tennessean. If you enjoyed this post, you may like "The doctor will see you now—via Skype."