Pregnant? How four Nashville-area practices bill for delivering your baby 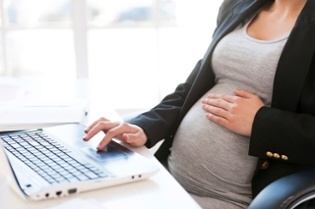 How to avoid billing surprises

Medical bills can be confusing, and the many bills you receive after pregnancy can be especially complicated.

An issue we frequently run into at Bernard Health is patients who are asked by their OB/GYN to pay their deductible upfront and in full before the baby is born. Most women believe — and understandably so — that their deductible has been paid. But after the baby is born they often discover that from the insurer's perspective, the deductible is still unpaid. What is going on here?

Let's look at a common scenario.

Julie is pregnant and receives prenatal care from Dr. Robert. At about 20 weeks, Dr. Robert’s practice asks Julie to pay what remains of her deductible — $1,500. Julie pays it and continues receiving care.

Julie is understandably upset and confused at the prospect of owing another $1,500. Doesn’t the insurer know that she already paid that $1,500 deductible to Dr. Robert? Here is what happened:

Dr. Robert’s office is not allowed to file a claim for delivering the baby until the baby has been delivered. As a result, the payment Julie made when she was 20 weeks pregnant was not initially reported to the insurer. Only after the baby is born does Dr. Robert submit his claim. The hospital will often submit its claim before Dr. Robert does, however, resulting in the insurer telling the hospital to collect the deductible from Julie while paying Dr. Robert in full.

Not all OB/GYN groups take exactly the same approach. We spoke to four popular groups in the Nashville area to ask how they handle prenatal care. Representatives from the groups pointed out that every patient is unique, and atypical situations often arise. Even groups that normally ask for payment upfront will often work with patients who aren’t able to do so.

With those caveats in mind, what follows outlines the general approach explained to us by each practice.

Representatives from Heritage Medical Associates said they estimate the patient’s remaining deductible and ask for payment by the 26th week or through a payment plan. The money is held in the case of overpayment, and if it turns out after delivery that the patient is owed a refund, they issue it to the patient.

Baby + Co is a fairly new boutique birthing center in Nashville. This facility takes a similar approach, estimating the full out-of-pocket costs early in the pregnancy and developing a payment plan to be paid in full by the 37th week of pregnancy. They also issue refunds after the baby is born.

Saint Thomas Medical Partners representatives acknowledged that this process is fluid, noting that they currently bill for all care after the baby is born, but they are familiar with requiring patients to pay by the 16th or 17th week. Representatives said they may return to that practice in the future.

Vanderbilt Women’s Health said they do not ask for payment upfront. At Vanderbilt, services are sent to insurance before asking for payment from the patient. Representatives acknowledged that asking for deductibles upfront is a practice with which they are familiar and have considered.

Again, representatives at all the practices said they work with patients on a case-by-case basis. It is worthwhile to take some time to understand how billing works on the front end rather than to be surprised afterwards.

This article was originally published in The Tennessean.  If you enjoyed this post, you may like "Pregnant? Need help with health insurance?"