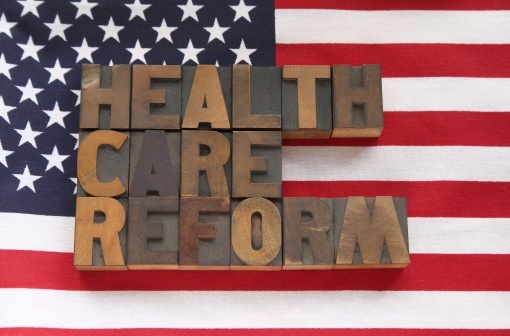 How will consumers be affected?

No one likes too much uncertainty. Whether we like it or not, however, we are facing a lot of it right now in healthcare. This is because the fate of the Affordable Care Act is up in the air as Republicans wrestle with how they will follow through on their promise to repeal it.

Part of the reason for so much ambiguity is that while President Donald Trump and his administration continue to advocate for repealing the ACA, Congressional Republicans still haven’t coalesced around a replacement policy. Many reports suggest they are nervous to disrupt the market by repealing the ACA without a replacement ready.

In the meantime, the healthcare industry waits. What comes next? How will consumers be affected?

For the nearly quarter of a million Tennesseans who signed up for marketplace coverage by the end of 2016, these questions carry significant weight. Consumers with employer coverage, Medicare or Medicaid will not be immediately impacted by changes to the ACA. But consumers who get their coverage on the under-65 individual market will be.

The fate of healthcare in the United States is, at present, a question mark. But following are three things we do know or can reasonably predict.

If you signed up for 2017 coverage and you continue to pay your premiums, you are covered through the end of this year. Even if the ACA is repealed, insurers will provide the coverage they offered when you signed up.

Insurers cannot suddenly increase their rates for 2017, nor can they cease coverage for services they covered under the ACA. Essentially, you are covered under your current plan if you continue to pay your premiums until the clock strikes midnight on Dec. 31.

But there are many questions for 2018, and answers are needed soon. In many parts of the country, insurance companies have already begun leaving the individual market. Consumers in Middle Tennessee are all too aware of this given Blue Cross’s decision to exit in 2017.

Insurance companies begin filings with the government in May to begin to indicate what their plans will be for 2018. If the Republicans do not clarify what the new rules will be in time for the insurance companies to begin planning, we could see even more companies exit this year.

One of the biggest consumer complaints about U.S. health insurance is that there are too many out-of-pocket costs. Many consumers feel their deductibles are too high and their plans don’t start paying for covered expenses early enough.

Unfortunately, this problem doesn’t seem to be going away anytime soon. The Affordable Care Act doesn’t directly drive insurers to structure their plans in this way, so repealing the law won’t have much of an impact.

At best, Republican policies might make it easier to pay for those out-of-pocket expenses with tax-free money. How? Their policies put an emphasis on Health Savings Accounts, or HSAs. These accounts allow individuals to pay for health care expenses tax-free, as well as save for possible health care expenses one might have in a future year. They are not tied to an employer, and any money an individual ends up not using can be used as extra retirement money after age 65.

While HSAs have many advantages, they do not mean lower deductibles or copays for the insurance policy that goes with them. In other words, consumers should expect that there will continue to be high levels of cost-sharing. As a result, it will continue to be worthwhile to try to take preventive measures to reduce your out-of-pocket spending.

Being a smart healthcare consumer will continue to be an important aspect of lowering your healthcare costs — regardless of what happens to the ACA.