Three trends that could change health care for consumers in 2019

Will the U.S. health care system become any more affordable or transparent in 2019? While big policy changes aren’t expected in the coming year, several trends, business deals and legislative changes could make the industry a little more consumer-friendly.

Here are three of these trends that could change health care for consumers in 2019.

The Affordable Care Act is nearly a decade old, but the landmark health policy still continues to evolve. The big change this year is that there is now no penalty for failing to comply with the law’s individual mandate.

Previously, consumers who did not carry qualified health coverage faced a fine, but beginning in 2019, that penalty is set at $0. This means consumers no longer face a financial disincentive for going uninsured or choosing a health plan that does not meet the criteria for “qualified” coverage.

This change has also spurred the law’s latest legal hurdle. At the end of last year, a federal judge in Texas ruled the ACA unconstitutional without the tax penalty. However, that ruling is not final, and is expected to be appealed.

As of now, Obamacare is still the law of the land, but it is expected that fewer consumers will sign up for ACA coverage now that they face no penalty. This could lead to increased premium prices as younger, healthier consumers look toward other insurance options.

Another regulatory change that could affect consumers is the expansion of short-term health plans. These plans typically do not cover as much as comprehensive insurance plans, but last year, the Trump administration changed the rules for these plans, making them a more viable alternative for consumers who do not want or cannot afford traditional insurance.

The president’s administration is reportedly also pursuing a proposal to allow consumers to apply the ACA’s premium subsidies toward these short-term plans. Currently, subsidies can only be applied toward ACA plans.

The retail giant entered the health care industry in a big way in 2018, and many expect that other health care companies will be strategizing ways to compete.

Amazon also launched a health care joint venture with J.P. Morgan and Berkshire Hathaway in 2018, and most expect there are still more health care plans to come from the company. In Nashville, Amazon’s decision to open a 5,000-job logistics center downtown may have been in part shaped by the city’s health care economy and expertise.

In response to Amazon, the rest of the health care industry is likely considering ways to be more consumer-oriented, convenient and price-transparent.

Speaking of price transparency, another change that may affect consumers in 2019 is a new federal rule requiring hospitals to post service prices on their websites, and update these lists annually.

This is a big deal, because hospital prices are notoriously opaque. It is typically very hard to get a sense of how much medical services cost before you receive them.

However, the prices hospitals will list won’t necessarily represent what consumers will pay. The list prices are called the “chargemaster” price, and this amount is often billed to uninsured patients and used in negotiations with insurers.

If a hospital is in your insurance network, you will likely see a discount off of the chargemaster price. Even so, the figure is still useful in seeing whether the hospital you are considering tends to cost more than a competing hospital.

Trying to visit lower-cost sites of care typically leads to lower medical bills for consumers, regardless of insurance status.

According to Seema Verma, head of the Centers for Medicare and Medicaid, this is “just the beginning” of price transparency efforts in the U.S. This push is expected to continue throughout 2019 and into the coming years.

Most consumers want a health care system that is more affordable and easier to access. While these are not easy goals to accomplish, these trends might be a step in the right direction.

This column was originally published in the The Tennessean.

The Paycheck Protection Program (PPP) has an aggressive timeline and applicants are... 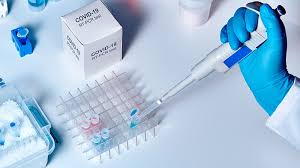 COVID-19: What to make of insurance companies covering treatment at no cost to members

The Federal Government made COVID-19 testing free for everyone as part of the Families...

The Paycheck Protection Program, part of the Coronavirus Aid, Relief, and Economic... 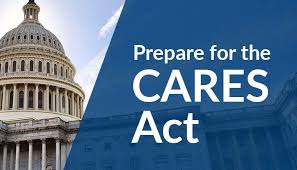