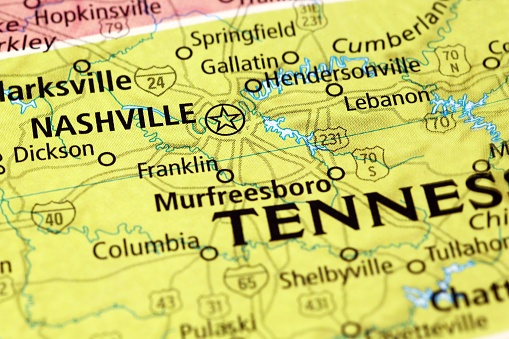 Humana’s recent decision to cease offering individual health coverage on the Affordable Care Act exchanges in 2018 reflects the fact that there is more uncertainty than ever before about health insurance — both in Tennessee and nationwide.

In the face of so much uncertainty, insurers are facing a May filing deadline related to whether they intend to sell individual plans next year. Without further intervention from President Trump’s administration or Congress, more insurers may follow Humana’s lead and decide not to offer individual coverage in 2018.

This could create a worst-case scenario in 2018 where some Americans cannot get health insurance at all because no insurer offers it in their market. In fact, right now this seems more likely than not in 16 Tennessee counties where Humana is the only carrier in 2017.

Why did Humana decide to stop offering individual plans nationwide for 2018?

Why did Humana decide to stop offering individual plans nationwide for 2018? Because the individual market is unattractive to insurers in many parts of the country. Enrollees have been sicker and older than expected and there aren’t enough healthy enrollees to balance them out, which is causing insurers to lose a lot of money. Furthermore, government payments that the insurers expected did not come through.

This process of insurers exiting began last year, as a number of them decided not to offer 2017 health plans. BlueCross BlueShield of Tennessee, for example, pulled out of the Nashville, Memphis and Knoxville regions, which left 73 of Tennessee’s 95 counties with just one carrier on the marketplace, according to insurance commissioner Julie McPeak. UnitedHealthcare also left. Now Humana has followed suit.

There are a number of ways to address this dynamic and bolster the individual market, including further outreach to healthy consumers or paying insurers who cover particularly unhealthy populations.

Which direction to take is largely up to the Republicans in Congress and President Trump, who did propose rules tightening insurance enrollment following Humana’s announcement. While this is one step in bolstering the individual market, it is not clear whether it will be enough to make the market attractive again for insurers. McPeak told Congress at the beginning of February that “the most important message that I will have for you today (is that) insurance markets do not respond well to uncertainty.” Hopefully the Republicans will be able to give the markets a higher degree of certainty — and soon.

What this means for Tennessee

As a state, we already did not have a lot of options. Now, 16 counties are facing having no options in 2018.

Focusing on Middle Tennessee, it seems unlikely that BlueCross will re-enter the Nashville market next year. As a result, when it comes to on-exchange plans that include federal subsidies, it all comes down to Cigna. May 3 is the first deadline Cigna faces related to offering individual coverage in Nashville in 2018. As we saw with BlueCross last year, insurers can wait until much later in the year to decide to withdraw, but they have to start doing things by May 3 if they want to have the option to offer coverage in 2018. By announcing now, Humana has basically said it has no interest in preserving that option for itself. Between now and May 3rd we’ll learn if Cigna is at least interested in preserving its own option to offer individual coverage in 2018.

One would imagine it is a difficult position to be in, as the decision-makers at Cigna and other insurance companies are operating with little information about what the rules will be for 2018. In other words, uncertainty abounds.

Various approaches have been put forward as to how President Trump and Congress may act on their promise to repeal Obamacare. These approaches can be put in two categories: “repair” the law or “repeal and replace” it.

1. Repair: Congress could adjust or improve the ACA by better encouraging healthy people to get and keep coverage, or by paying insurers who face losses due to high-risk populations.

2. Repeal and Replace: This would involve repealing the ACA while at the same time implementing a replacement.

Ultimately, the difference between these approaches may have little practical impact. The “repair” option is attractive in part because developing a full replacement is slow work, and the 2018 deadline is rapidly approaching.

So what would happen if Cigna decided not to offer plans in 2018? If Cigna were to depart the market, thousands of Nashvillians would lose their plans for the second year in a row. However, in Tennessee, there is another option — Farm Bureau Health Plans (FBH). Because FBH is technically a rural health organization, not an insurance company, different rules apply to it.

One example of this is that FBH is able to offer individual plans outside of the ACA rules. In other words, it can offer plans that have underwriting. This means that it can charge higher rates or deny coverage to people who it thinks will cost more based on their health status. This year, Farm Bureau offered those plans alongside unsubsidized ACA plans.

If Cigna signaled that it intended to depart, it would leave Farm Bureau to shoulder the state’s entire individual market. Farm Bureau has not ever offered subsidized ACA plans, though, and we don’t know whether it would. As a result, if Cigna were to leave and FBH continued only offering a) underwritten plans and b) unsubsidized ACA plans, Tennessee would experience a dramatic increase in its rate of uninsured.

To prevent that from happening, some Tennessee lawmakers might end up considering coming up with our own state plan to incentivize insurers to offer plans in 2018. This is not without precedent. Alaska did it when it went down to a single insurer for 2017. The state passed a bill that some called a “bail out fund” for its sole remaining carrier, Premera BlueCross, to keep it from leaving the market or passing its costs onto consumers through dramatically increased premium rates.

Many will be watching to see the path the Republicans take to clear up the current uncertainty and signal what is to come in 2018.