What to do if your doctor changes networks mid-year 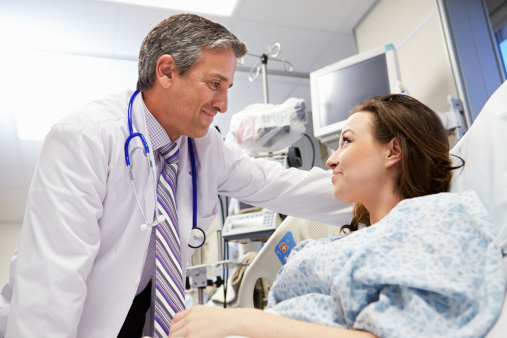 What consumers should know

But this outcome wasn’t a sure bet. In fact, the insurer sent letters to commercial and Medicare UnitedHealthcare members warning that if negotiations fell through, VUMC would no longer be in-network as of the middle of August.

Had the two entities been unable to reach an agreement, thousands of VUMC patients would have to find new doctors, or pay out-of-network rates. Adding to the frustration is the fact that consumers cannot switch insurance plans mid-year, even if networks change.

This can be painful for consumers, especially those in the middle of treatment or dealing with a serious illness. Inevitably, some consumers would blame the insurer. Others might blame the doctor.

Consumers may also be wondering, why are insurers and doctors allowed to change their networks mid-year, and what can you do if it happens to you?

Can my network change mid-year?

Yes, insurers and doctors can renegotiate their contracts mid-year. Why would they do this?

Insurers are under significant financial pressure to streamline and reduce costs. One way of accomplishing this is by negotiating — or renegotiating — reimbursement rates with various hospitals in town.

If a hospital is unwilling to accept an insurer’s new rate, they leave, or are dropped from, the carrier’s network.

The negotiation comes down to which side has more leverage. If the insurer has a large group of members, the hospital would be more willing to accept lower rates, because they need that group of patients. If a hospital has very specialized services that consumers demand access to, the insurer may be willing to pay higher rates to keep their customers.

That is the situation we often see in Nashville with VUMC. Many Nashville employers are wary to pick a plan without the academic medical center, known for its high quality of care and specialized services.

Had UnitedHealthcare cut VUMC, it’s a pretty good bet that the insurer would lose some customers next year. Had that been the outcome, what should consumers do?

What consumers should know

If you do receive notice that your doctor will no longer be included in-network, you have a few options.

If you are facing an acute illness, you can apply for what’s called “continuity of care.” Details will vary per insurer, but most will allow patients to receive care at in-network rates from their current physician for 30 days, until the end of active treatment or until a safe physician transfer can occur.

What is considered an acute condition? Again, it can vary, but typically high-risk pregnancies, cancer treatment, recent major surgeries or serious healthcare events such as a heart attack or stroke still in active treatment are considered eligible for continuity of care.

But treatment for other conditions, including routine exams, elective surgeries, minor illnesses or stable chronic conditions will not be covered in-network.

In that case, consumers can either find a new physician, or pay the out-of-network rates to continue seeing the dropped physician.

If your coverage plan has robust out-of-network coverage, this may not be a bad approach. But if you will have to pay significantly out-of-pocket, you may want to go ahead and switch providers.

Can I just switch insurance plans?

Probably not. You are only eligible to pick a new insurance plan if you experience a “qualifying event.” A doctor leaving the insurance company’s network doesn’t count.

Some consumers may wonder, “What if my new physician winds up out-of-network by next year? Will I have to switch again?”

That is a possibility. In our current healthcare system, the negotiations between insurers and providers are effectively endless. When it comes to network negotiations, there are no guarantees.

This article was originally published in The Tennessean.  If you enjoyed this post, you may like "Losing Farm Bureau health coverage? What Nashville consumers should know."